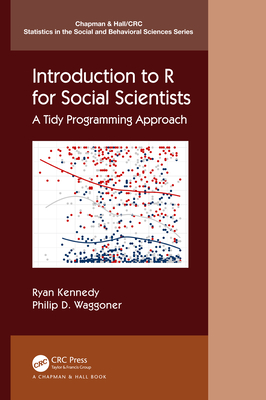 Introduction to R for Social Scientists: A Tidy Programming Approach (Chapman & Hall/CRC Statistics in the Social and Behavioral S)

Whether used as a reference manual or read from cover to cover, readers will be equipped with a deeper understanding of R and the Tidyverse, as well as a framework for how best to leverage these powerful tools to write tidy, efficient code for solving problems. To this end, the authors provide many suggestions for additional readings and tools to build on the concepts covered. They use all covered techniques in their own work as scholars and practitioners.

Ryan Kennedy is an associate professor of political science at the University of Houston and a research associate for the Hobby Center for Public Policy. His work has appeared in top journals including Science, the American Political Science Review, and Journal of Politics. These articles have won several awards, including best paper in the American Political Science Review, and have been cited over 1,700 times. They have also drawn attention from media outlets like Time, the New York Times, and Smithsonian Magazine. Philip Waggoner is an assistant instructional professor of computational social science at the University of Chicago and a visiting research scholar at ISERP at Columbia University. He is an Associate Editor at the Journal of Mathematical Sociology and the Journal of Open Research Software, and author of the forthcoming book, Unsupervised Machine Learning for Clustering in Political and Social Research (Cambridge University Press). His work has appeared or is forthcoming in many journals including the Journal of Politics, Journal of Mathematical Sociology, and Journal of Statistical Theory and Practice.